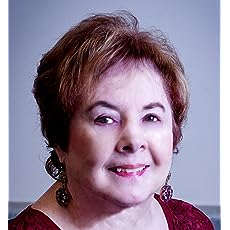 Believe it or not, I began my fiction career in the third grade when I told my class that a little sister I never had died of a black widow bite. I also wrote books through my teen years, always about a girl whose mother mistreated her by making her wash dishes, sweep the floor... you get the idea. Never finished any of those stories. Many years later, a particularly vivid dream drove me to drag out a portable typewriter and go to work on my first novel. In 1990 my second completed book, Tender Touch, brought me a first place win in a writing contest and the following year became a Golden Heart Finalist. I have five romance novels set in the American West, published by Kensington, one, The Scent of Roses, under the pseudonym Rachel Summers. My books have placed or won other contests and one, Forever Mine, received a Romantic Times Reviewer's Choice Award nomination. I've always loved the Old West and I believe my novels reflect that emotion through their depth and vividness. These days I am seeing my books re-edited and published as e-books, as well as working on a new story. I hope you try my books and love them.