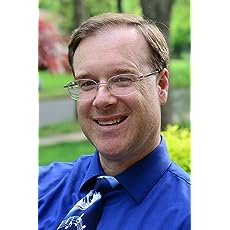 Kevin G. Chapman is an attorney who lives in central New Jersey.  Kevin's latest novel, Lethal Voyage, book #3 in the Mike Stoneman Thriller series, is now available for pre-order in Kindle and Audiobook format and will be available November 22, 2020 in all formats and sales platforms.

Book #1 in the series, Righteous Assassin, was named one of the top 20 Mystery/Thrillers of 2019 by the Kindle Book Review and was named a semi-finalist for the 2019 CLUE Book Award for Mystery, Suspense & Thriller Fiction – Chanticleer Book Review! Book #2, Deadly Enterprise, is also a semi-finalist (top 20 mystery/Thrillers) for the Kindle Book Award.

Kevin's earlier novel, A Legacy of One, a serious political drama, was a short-list finalist for the Sommerset Book Award in Literary fiction.

Kevin is an avid golfer and tournament poker player and, when fans are permitted, often can be found at Citi Field cheering on his beloved New York Mets.  You can find Kevin at his website:  www.kevingchapman.com

You can download it from any of these platforms: Amazon | Smashwords | B&N | Kobo | Apple Books | iTunes 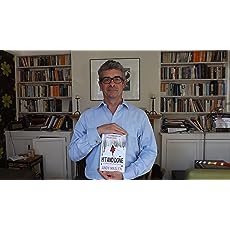 SHORTLISTED AUTHOR FOR 2018 KINDLE STORYTELLER AWARD FOR "HIT AND DONE"

Hi. Thanks for stopping by my Amazon author page. I'm Andy Maslen, creator of Gabriel Wolfe and Stella Cole. I've always loved reading thrillers, so when I took the plunge and began work on my first novel - Trigger Point - it seemed natural to me to follow my heroes.

A lot of my readers ask me if I have ever served in the military. I haven't, but I have some close friends who have. They've been incredibly generous with their time (and patience!), explaining how things work, from weaponry and materiel, to the everyday language and behaviour of soldiers.

There are tons of people out there doing varied and interesting (and sometimes dangerous) jobs. As an author it's fantastic to be able to contact them and find they're only too happy to discuss their work. I've interviewed murder detectives, pharmacology professors, military planners, movie fight arrangers, Special Branch officers ... and they've all shared invaluable details to bring my stories to life. I hope their contributions increase your enjoyment of my books.

In my time, I've worked in a record shop, as a barman, as a door-to-door DIY products salesman and a cook in an Italian restaurant. I eventually landed a job in marketing. I always try to take away something positive from any experience, and often find a memory will surface of a situation I've been in, or a person I've met.

ALMOST EVERY BOOK IN THIS SERIES FREE OR ON SALE! 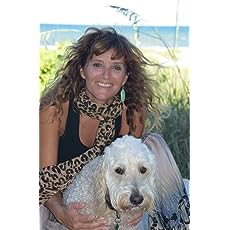 Willow Rose is a multi-million-copy best-selling Author and an Amazon ALL-star Author of more than 75 novels.

Several of her books have reached the top 10 of ALL books on Amazon in the US, UK, and Canada. She has sold more than six million books all over the world.

Willow's books are fast-paced, nail-biting pageturners with twists you won't see coming. That's why her fans call her The Queen of Scream.

Willow lives on Florida's Space Coast with her husband and two daughters. When she is not writing or reading, you will find her surfing and watch the dolphins play in the waves of the Atlantic Ocean.

Sign up for Willow's VIP email list, and you'll automatically be notified as soon as her next book is released. Every month she also has several FREE eBooks and giveaways.

Political Thriller - Get Book One Free 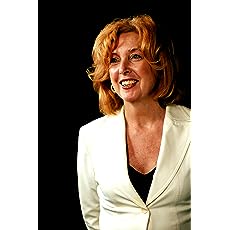 The series features protagonist Karen Andersen, a private investigator who is elevated to working for the Home Office and MI5 when she uncovers a female British-born Jihadi bride recruiter planning in secret to become a lethal assassin of the UK Prime Minister on behalf of Isis. She arrived at this point after searching for a missing political activist who she believes has become the target of a serial killer working within the political establishment.

Her second novel in the series THE KILLING OF THE CHERRYWOOD MP (New Century) published March 2020 continues the story and delves into the contemporary issues of terrorism involving extremists from the Far Right and their counterparts on the extreme left. Her books have conspiratorial elements and themes through and cover sub-genre categories including assassination thriller, suspense thriller, political thriller, crime thriller, mystery and soft-boiled elements of comic crime and spy fiction typical of authors such as Janet Evanovich and new British talent such as Robert Lewis, Charlie Williams, Malcolm Pryce, Chris Ewan, Declan Burke and Len Tyler.

She has stood as a political candidate in the UK but also has a keen interest in geopolitics. She was born and brought up in the Middle East and the battle between the political and religious ideologies which is causing so many of the problems today is something she has experienced and writes about. Her writing explores multi-cultural and diversity and she has lived in France, Australia and travelled extensively.

She also writes screenplays and telemovies in the thriller genre such as Kidnapped to the Island, Mother of All Secrets, Your Husband is Mine, The Ex Next Door all of which have been aired on the Lifetime Movie Network. She is a member of the Crime Writers Association. Film influences include Fatal Attraction, The Talented Mr Ripley, The House of Card, and the Danish financial crime thriller Follow the Money.

She wrote stage plays under Louise Byres and some have been published on Amazon such as A CHRISTMAS RIDDLE. She wrote the original monologues ACT AGAINST BULLYING (New Century) and set up a children's charity in the same name in 2003. She occasionally blogs and speaks in debates on social and political issues such as feminism exploring both sides of this important contemporary issues which is why she wrote MODERATING FEMINISM (New Century).

She lives in London with her husband of thirty-seven years and has two daughters and one granddaughter.

Get a FREE copy of The Missing Activist by signing up to to her newsletter!

Fueled with Imagination, Inspired by History, Grounded in Truth 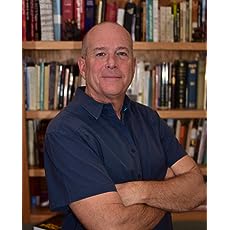 In his writing, Timothy Browne, MD leans on his experiences as an orthopedic surgeon and medical missionary. He and his family have traveled the world with mission groups such as Mercy Ships and Hope Force International. He has served in Central America, jungles of the Amazon, the Ukraine, many parts of Asia, including North Korea, and the war-torn country of Sierra Leone. He also served in two of the worst disasters in modern day history the 2004 Indian Ocean Tsunami (Sri Lanka) and the 2010 Haiti earthquake.

Timothy was raised in Missoula, MT and a graduate of the University of Montana and the UW Medical School. He completed his Orthopedic Surgery training at Texas Tech University in Lubbock, Texas. He practiced medicine in Missoula following his medical training until he responded to a call to the mission field full time in 1995. He now lives in Western Montana
with his wife, Julie, who, along with their three sons, Timothy, Joshua, and Jacob, served with him.