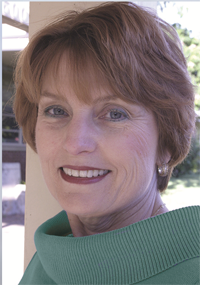 Marsha R. West, a retired elementary school principal, is also a former school board member and threatre arts teacher. She writes Romance, Suspense, and Second Chances. Experience Required. Marsha lives in Texas with her supportive lawyer husband. Their two daughters presented them with three delightful grandchildren who live nearby. They share their home with Charley, a Chihuahua/Jack Russell Terrier mix.

She enjoys traveling for research on her books and making presentations to various groups.

You can find Marsha on her website where you can also sign up for her NEWSLETTER & Blog, or check out any of her social media sites: 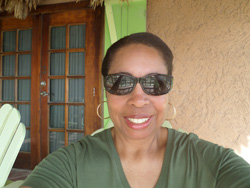 Lynn is the author of over twenty romantic suspense and mystery novels. A native of Louisiana, most of her books are set in her home state. NIGHT MAGIC was recognized for Excellence in Romance Fiction by Romantic Times Magazine. Her novel,  After All, was adapted for a television movie by Black Entertainment Television (BET). Lynn has been nominated several times for awards, and in 2006 won three Emma Awards for Kiss Lonely Goodbye as part of the Romance Slam Jam conference. Her latest novels are

Devil's Swamp and Die Trying. She also the author of the Triple Trouble cozy mystery series featuring three unlikely female sleuths and ten romantic suspense novels. Go to www.lynnemery.com to see all of Lynn's books and read her blog. Get a free mystery short story when you sign up for Lynn's mailing list https://www.subscribepage.com/s1y8j8
Happy reading!

What reviewers have had to say about Lynn's books:

"Beginning with the cover, this book is superbly written and rendered. It's beautiful and the storyline is enthralling." Francine Craft (A Darker Shade of Midnight)
"A superb storyteller." Greg Langley, The Advocate (Sweet Mystery) 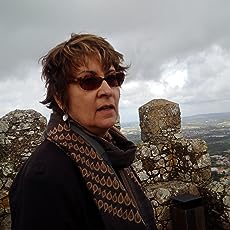 Sylvie Grayson writes contemporary romantic suspense with attempted murder thrown in. She loves the intrigue and excitement of creating her stories. She also writes sci-fi/ fantasy about the imagined world of Khandarken, but with the same suspense, spicy romance and murder.

After many years of 'business', she finds it's wonderful to be doing what she loves. Sylvie lives in western Canada near the Pacific Ocean where she was born, and travels whenever possible, having just finished a journey through Japan, Singapore, Thailand, Viet Nam and Hong Kong.

Have a look at her books, and watch for more from the Last War series, Book Three to be released this year. To learn more about upcoming releases, please go to her website at www.sylviegrayson.com and sign up for her Newsletter to receive her most current information
You can also follow her on her website, on twitter and facebook. 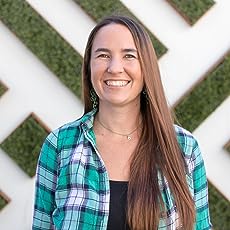 Allison O'Shea has been writing stories, poetry, and plays from a young age, and has always been an avid reader. Her deep love of books led her family to have a "no reading at the table" rule to make sure she would stop reading long enough to participate in the dinner conversation!

In 2017, she self-published her first novel, 'Big Sky Heart', and has added an additional five books since. She writes women's fiction and contemporary romance, focusing on the personal, emotional journeys women encounter on their way towards finding love.

If you're looking for stories with a supernatural twist, you might enjoy the Layna Wood series, beginning with 'Petrified Wood'. This series follows country singer Layna as she balances a career and the interest of a hunky cop, all while discovering and managing powers within herself that she'd never known.

For stories focused on women working through personal struggles on their way towards finding love, you should check out 'A Path Between Dreams', which follows the director of a dog shelter who can't seem to fully escape the nightmares of her past. 'Big Sky Heart' is another emotional story about Emma Ward, a woman trying to find the courage to follow her dreams. Besides having taught college geography, Tierney is a former Solar System Ambassador for NASA's Jet Propulsion Lab. Exploring the Okavango Delta in Botswana and walking the Great Wall of China influenced the fiction she creates. Living among the Cherokee in her youth forced Tierney to see life differently as did raising a family in a mining/logging community in California and Missouri. "Life is an adventure! Embrace it," is her motto.

You can find her on Facebook as Tierney James.