Babies for Everyone in these sweet romances 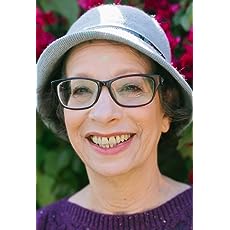 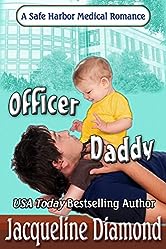 Will a baby bring them together or tear them apart?

When Dr. Nora Kendall meets handsome Officer Leo Franco at a wedding, sparks fly. After a wild night, she discovers she's pregnant. Although Leo cares about this gorgeous doctor, he's focused on earning a promotion to detective, not on starting a family. Nora, who longs for a baby, is willing to let Leo off the hook.

Then a crime at the counseling center where they both volunteer threatens her reputation and his promotion. They team up to investigate, but even with a baby-to-be claiming both their hearts, how long can this partnership last? 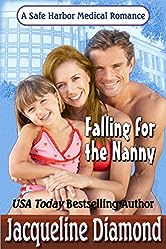 Her boyfriend's back! Should she shoot him? A Romantic Times Top Pick, and winner of a Cataromance Reviewers Choice Award.

Cop-turned-PI Patty Hartman sees her ex-boyfriend's face on every clay pigeon she shoots for target practice. Now the handsome guy who broke her heart in high school is back in town with an urgent request for her to pose as a nanny while guarding his little girl.

Alec adores his daughter, and is thrilled to be the new director of laboratories at Safe Harbor Medical Center. But he's never forgotten the girl he left behind. Now she's a woman, living in his condo day and night, and he just might be Falling for the Nanny.

"An entertaining read with a down-to-earth heroine that will steal your heart [and] an unexpected twist to the ending that we don't see coming. Love it!" Cataromance.com said of the fifth Safe Harbor Medical romance by USA Today bestselling author Jacqueline Diamond 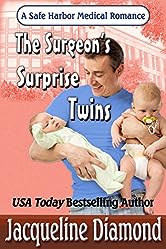 He's an arrogant surgeon. She's a spirited nurse. They're both about to be blindsided... by twin babies, a scandal and each other!

When Dr. Owen Tartikoff arrives at Safe Harbor Medical Center to head the new fertility program, he's looking forward to the birth of his brother's baby--a baby for whom he donated sperm. Surprise! His sister-in-law isn't pregnant. Instead, they recruited her sister Bailey, a nurse at the hospital, as surrogate mother.

More surprises: Bailey's carrying twins. And when Owen moves into a house he co-owns with his brother, he discovers she's already living there, ready to battle over everything from food to their shared bathroom. While Owen might intimidate the rest of the hospital staff, Bailey's glad to take the sexy surgeon down a few pegs.

Then a shocking turn of events shows they can't trust his brother or her sister with the babies. Can the high-handed doctor and the fearless nurse build a future together for their unexpected family? 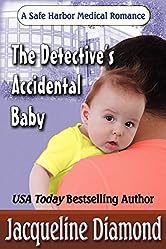 Nurse Erica Benford may help other women have babies, but she's not mommy material! Don't miss this winner of a CataRomance Reviewer's Choice Award.

When an unexpected connection with a sexy detective results in a pregnancy, Erica's set on adoption. But detective Lock Vaughn was adopted himself, into a troubled family. Refusing to risk a similar fate for his child-to-be, he insists he'll take custody. Problem is, he has zero baby-care experience.

Reluctantly, Erica agrees to provide baby lessons. She might even help him find his birth mother along with answers to some troubling questions. Then she discovers they met because he was secretly investigating her. All bets are off! 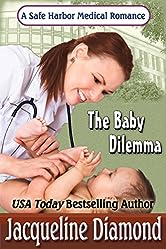 Who's the daddy? Please, not him!

That's obstetrician Paige Brennan's reaction when she discovers the identity of the sperm donor who fathered her baby-to-be. It's sexy detective Mike Aaron, whom she chose as her new housemate strictly for security reasons. Surely he won't suspect a thing about her pregnancy...will he?

Problem No. 1: Mike rejects the notion of becoming a father. Problem No. 2: With Mike sleeping in the next room, fixing her breakfast and snuggling on the couch, it's hard to keep him at arm's length.

What started as a summer-at-the-beach romance might have bloomed into forever, if it weren't for a baby bump in the way. Mike's been hurt before, maybe too much for him to move forward. And while Paige was ready to be a single mother, she didn't count on losing her heart. Can a baby bring them together before the summer ends in farewell? 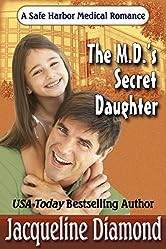 The handsome doctor betrayed her trust. So the nurse kept a huge secret---their daughter!

Eight years later, they're working together again. The truth is sure to come out, but how will that affect them, and their families?

Falsely accused of harming a patient, nurse Jan Garcia was hurt and angry that the man she loved, Dr. Zack Sargent, believed the charges. When she discovered she was pregnant, she reluctantly decided on adoption and had him sign the papers.

Although Zack later learned the truth about her innocence, by then he'd married another woman after a short acquaintance. Broken-hearted at what felt like a second betrayal, Jan decided not to tell him she'd changed her mind and planned to raise their little girl alone.

Eight years later, at Safe Harbor Medical Center, Zack is shocked when he runs into Jan and learns young Kimmie isn't growing up in a two-parent family as he believed. Although the widowed obstetrician is determined to be part of her life, he also must protect his stepdaughter, who's only a year older than Kimmie.

Can this nurse and doctor forgive each other and face up to their simmering personal differences---at the risk of falling in love again? Described as "a delightful tale" by WeReallyDig.com, The M.D.'s Secret Daughter is Book 9 of Jacqueline Diamond's Safe Harbor Medical romances.