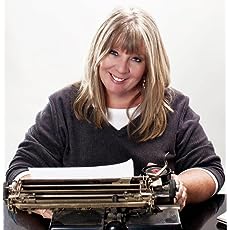 A native Texan, Alison (who is also the author of the RITE OF WRONGS procedural thriller written as Mica Stone) sold one of the first of her over fifty published works live on the "Isn't It Romantic?" episode of CBS 48 Hours. The resulting book, CALL ME, was a Romantic Times finalist for Best First Series Book. Alison's book, A LONG, HARD RIDE, part of Harlequin's 60th Anniversary celebration, was nominated for an RT Reviewer's Choice Award for Best Harlequin Blaze of 2009. STRIPTEASE, a 2003 release from Harlequin Blaze and part of her popular gIRL-gEAR series, was also an RT Reviewer's Choice Award nominee.

If there's a better career out there than writing, she doesn't want to know about it, as she's quite happy putting pen to paper in the backyard of her Texas home. That's where she lives with her pack of rescue dogs, and a colony of not-quite-feral cats, battling the heat each year to raise a bumper crop of tomatoes and jalapeno peppers.