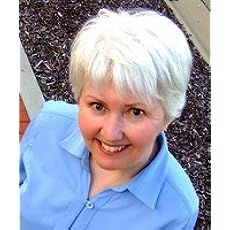 Nanci Rathbun is a lifelong reader of mysteries - historical, contemporary, futuristic, paranormal, hard-boiled, cozy ... you can find them all on her bookshelves. She brings logic and planning to her writing from a background as an IT project manager, and attention to characters and dialog from her second career as a Congregationalist minister.

Nanci grew up an Army brat, living in Germany, France and Korea, as well as several states in the U.S. After her dad retired from the service, the family settled in Milwaukee, Wisconsin. There, Nanci raised her daughter and son, while working at AT&T. She never expected to move, but when her second grandchild was on the way, she wanted to be closer. One of her greatest joys is hearing her three granddaughters shout 'Nana' when she comes in their front door in Fort Collins, Colorado.

Nanci's Maltipoo, Teeny, and she now live in Wellington, Colorado. No matter where she makes her home, she will always be a Green Bay Packers fan.