Michael G. Williams is a native of the Appalachian Mountains and award-winning novelist. He describes his writing as wry horror, strange science fiction, and suburban fantasy: stories told from the perspectives of vampires, unconventional investigators, magicians, and hackers who live in the places so many of us also call home and who retain their sense of humor. More than anything he enjoys telling stories of people who, through terrible trials, find the friends and comrades who form their true families.

Michael is also an avid athlete, activist, gamer, and brother in St. Anthony Hall and Mu Beta Psi. He lives in Durham, NC, with his husband, a variety of animals, and more and better friends than he probably deserves.

The Withrow Chronicles tells the story of a lonely, reclusive vampire as he finds his people, his place in the world, and something to live for after decades of being undead. As Withrow reconnects to the world of the living, he finds himself facing monsters far and wide who would gladly wipe it out. Punching baddies and hunting monsters is easy for a creature like Withrow. The scary part is having to make friends along the way!

What starts as the story of an inconvenience, and then a crisis, becomes an epic struggle to save the modern world from a terrible fate - without letting it find out that struggle is happening at all. More than that, however, it's also the tale of outcasts and wanderers who find their power - and each other - in the friendships they form in the shadows and hidden corners of society.

All books free to read with Kindle Unlimited!

Horror and SciFi Stories from Award-winning Authors in this Anthology 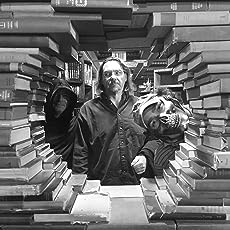 Miller also works in the movie business as a screenwriter, producer, transportation coordinator, and many other low stress, fun-filled jobs. His produced science fiction and horror scripts include ICE SPIDERS, NIGHT SKIES, and MASK MAKER among others. He has a number of novel, screenplay, short story, and TV script projects in the works. In his spare time he reads voraciously, writes occasionally, and watches movies of all kinds- especially romantic comedies. More info can be found at www.EricMillerWrites.com or www.BigTimeBooks.com.

Read more: Horror and SciFi Stories from Award-winning Authors in this Anthology

A Dark and Twisted Horror Series 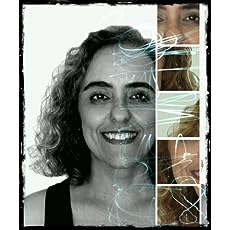 As far back as she can remember, Andrea has loved all things horror. She embarked on her journey when she was just a kid, watching iconic must-see horror movies and devouring one classic horror novel after another. As an adult, she initially found an outlet for her creativity through writing, as a freelance journalist. It was her sister who pushed her to rediscover her true passion, horror. Andrea went on to combine her love for writing with her love for horror, giving us her first book - BLOODY LEGENDS.

She also released a short story called DEADLY SENSES as part of a horror anthology (DEATH & PESTILENCE). Meanwhile, her debut novel was so well-received by readers that it became a series with the release of the exciting prequel to BLOODY LEGENDS, BLOODY ORIGIN.

Being a lover of all things books, she also dabbles in artistic and creative endeavors that enrich the reading experience - book covers, book trailers, and book formatting/conversion.

So, are you ready to be terrified? Then read Andrea's BLOODY series, and her award-winning standalone novel CROWLEY'S CULT - where the past and present come together in a clash of sinister and bizarre happenings, leading modern artist Zane down a path of occult sex, murder, and violence.

The Bloody Series consists of three books, plus a prequel, each containing a stand-alone story with no major cliffhangers. However, since it is a series, for the best reading experience and to avoid spoilers this is the recommended order to read the stories in: 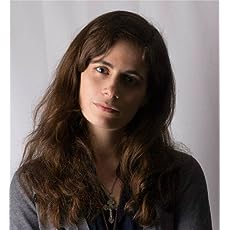 Killarney Traynor is a writer, singer, actor, and history buff who decided that she wanted to write books as soon as she was old enough to start reading them. A resident of New Hampshire, she works at an insurance brokerage by day, and writes her novels by night. Her books, Summer Shadows and Necessary Evil, reflects her love of local culture, history, and long summer days.

When Killarney isn't writing, she can be found day-dreaming about faraway places, watching old movies, reading long books while drinking too much tea, working with local film company Narrow Street Films, exploring local attractions, or getting lost in Boston.

Welcome to The Encounter Series

A place where the weird, the unnatural, and the supernatural are alive and well and one question stands above the rest: Who will survive? 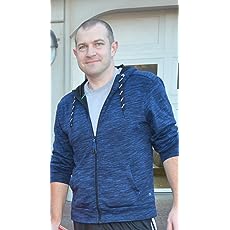 Michael Phillip Cash is an award-winning novelist and screenwriter. His novels are best-sellers on Amazon under their genres - Young Adult, Thriller, Suspense, Ghost, Action Adventure, Fantasy, Paranormal Romance and Horror.

Michael writes full-time and lives on the North Shore of Long Island with his wonderful wife and screaming children.