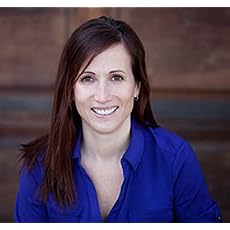 She is the bestselling Lefty, Agatha, and Anthony-nominated author of the critically-acclaimed Mira James mysteries, which have earned multiple starred reviews from Library Journal and Booklist, the latter calling her writing "a splendid mix of humor and suspense." Jess also writes nonfiction, edge-of-your-seat YA adventure, magical realism, and feminist thrillers.

She is a tenured professor of writing and sociology, a recipient of The Loft's Excellence in Teaching fellowship, a Psychology Today blogger, and a TEDx presenter (check out her TEDx Talk to discover the surprising inspiration behind May Day). You can find out more at jessicalourey.com or on her Facebook page: https://www.facebook.com/jessloureyauthor/?modal=admin_todo_tour

Kelly Oliver is the award-winning author of The Jessica James Mystery Series, including WOLF, COYOTE, FOX, and JACKAL. Her debut novel, WOLF: A Jessica James Mystery, won the Independent Publisher’s Gold Medal for best Thriller/Mystery, was a finalist for the Foreward Magazine award for best mystery, and was voted number one Women's Mysteries on Goodreads. Her second novel, COYOTE won a Silver Falchion Award for Best Mystery. And, the third, FOX was a finalist for both the Claymore Award and a Silver Falchion Award. Look for JACKAL in September.

When she’s not writing novels, Kelly is a Distinguished Professor of Philosophy at Vanderbilt University, and the author of fifteen nonfiction books, and over 100 articles, on issues such as the refugee crisis, campus rape, women and the media, animals and the environment. Her latest nonfiction book, Hunting Girls: Sexual Violence from The Hunger Games to Campus Rape won a Choice Magazine Award for Outstanding title. She has published in The New York Times and The Los Angeles Review of Books, and has been featured on ABC news, CSPAN books, the Canadian Broadcasting Network, and various radio programs.

Sign up for newsletter for a chance to win the box set. 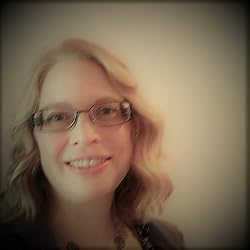 I write contemporary sweet romances and cozy mysteries. I live in a small town in Washington State, near Seattle. I love to write about small coastal towns, although those that I write about are figments of my imagination.

I used to be a tax accountant, but realized that writing romantic stories about people falling in love or making my amateur sleuths discover secrets about their suspects was way more fun than depreciating assets.

There's never a dull moment in my household, with a tech geek husband, two small boys that keep me on my toes, two cranky cats, and a mischievous house rabbit. Tidbits of my everyday life have a tendency to find their way into my fiction, so watch out! :)

If you'd like to find out more about me and my books, please visit my website, http://nicoleellisauthor.com

Start the Cozy Suspense Series The Dream Doctor for FREE! 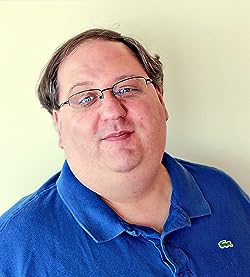 J.J. DiBenedetto is author of The Dream Doctor Mysteries and the Jane Barnaby Adventures and lives in Arlington, Virginia with the love of his life and a white cat who rules the roost.

His passions are photography, travel, the opera, the New York Giants, and of course writing.

Mr. DiBenedetto is devoted to writing books with a sense of mysticism to entertain and perhaps invite his readers to suspend belief in a way they might never have.

Since he was very young , he has always been intrigued with the supernatural and things that can't be explained rationally.

By always asking way too many questions, it piqued his interest to the point of setting his writing off and running when he grew up! All the curiosity building up all those years were finally getting put into words to captivate readers. And it hasn't ended. His main goal is to share all the stories he has inside, putting pen to paper. And that's how The Dream Doctor Mysteries was born.

All the books are available as audiobooks, including a short story narrated by Doctor Who star Nicola Bryant!

Mr. DiBenedetto welcomes queries and feedback from his loyal readers.

Sign up to his newsletter to be entered to win one of three gifts: 1. Signed paperback - winner picks which book they want 2. USB Flash drive with ALL my books on it 3. Audiobook box set 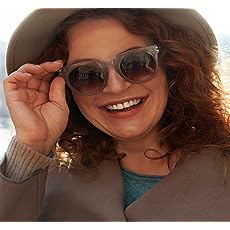 Gallagher Gray is an American writer who based her Hubbert & Lil series on her discovery of New York City in the 1980's and 90's, particularly her admiration for New Yorkers who did not shrink from who they were and who lived life full speed ahead. Both Auntie Lil and T.S. Hubbert are based on real individuals who influenced her life and taught her that age is a state of mind and has nothing to do with the number of years you have trod the earth.

Each book in the Hubbert & Lil series features a distinct area of New York City. "Partners in Crime" takes place on Wall Street, in a buttoned-down private bank determined to hide secrets almost as old as its wealthy clients. "A Cast of Killers" examines the grit-meets-glitz world of Hell's Kitchen, which rims the Broadway area and is home to aging actresses and Irish mobsters alike. The garment district is the setting for "Death of a Dream Maker" while the Lincoln Center area, along with the world of ballet, forms the backdrop for "A Motive for Murder."

A reviewer once said of Gallagher Gray, "the author has a fond eye for the eccentric." This love for the uniqueness of human beings, in all of their flawed glory, along with a knack for depicting the basic absurdity of life, runs throughout all of the Hubbert & Lil books -- creating a series that offers keen insights into human nature, gentle humor, and more than its share of uplifting moments.