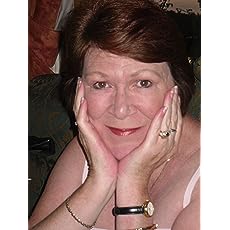 Geraldine Evans is a multi-published British novelist who believes in writing to entertain her readers.

After eighteen books published with traditional publishers (Macmillan and St Martin's Press, among them), in 2010 she made the decision to become independent (assisted in this decision it has to be said, by her publishers booting her off their list when she refused to sign their latest contract assigning to them the rights in all her eBook editions! Writing can be a cruel profession. :( )

As an intrepid Indie, she's since gone on to publish all of her back-list, as well as new novels in both the Rafferty series (Game of Bones #18, The Spanish Connection #17, Asking for It #16, and Kith & Kill #15), and other fiction and non-fiction.

Her very first attempt at a mystery novel, Dead Before Morning (Rafferty & Llewellyn series), much to her amazement, was plucked from Macmillan's slush pile and published in the UK (1993), and the US (1994).

Her favourite crime author is Cynthia Harrod-Eagles, whom she loves for her witty Bill Slider series. And her favourite historical author is Sharon Kay Penman, who never fails to tug at the heartstrings, so vivid are her character portrayals.

Geraldine Evans's working life has been so varied that she was bound to become a writer in the end. It included stints as an office worker in a psychiatric hospital, as an assistant in a public library, running their own vehicle repair workshop with her mechanic husband, an au pair, behind bars, in factories, for the legal world, the energy world, and the insurance world as an office temp. She's helped out in the Constituency Office of her local Member of Parliament and looked after other people's dogs while their owners took a holiday. She's worked with some great people (and some not so great, admittedly, but they were a gift to a writer!)

She spent most of her life in London (UK), where she was born and brought up, the youngest of four children, but moved to a market town in Norfolk (UK) in 2000, with George, her late husband.

Get the First Four Books of the Series FREE, by signing up to her newsletter!