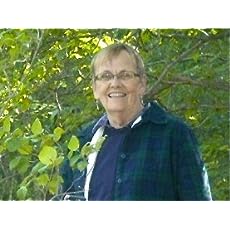 Karen Musser Nortman, after previous incarnations as a secondary social studies teacher (22 years) and a test developer (18 years), returned to her childhood dream of writing mysteries. Her first series, The Frannie Shoemaker Campground Mysteries, sprouted from numerous camping trips in Iowa and through at least 24 other states. The Frannie Shoemaker Mysteries center around a group of retirees who camp together and sometimes stumble over dead bodies. Six of the books have been designated IndieBRAG medallion honorees and three have been finalists in Chanticleer CLUE and Mystery and Mayhem contests. Most of the books are based on actual campgrounds.

Karen has two other series. The Time Travel Trailer series follows the adventures of Lynne McBriar who buys a vintage camper that turns out to be a time portal. The first in the series, by the same name, was the 2015 category winner in the Chanticleer Paranormal contest. The Mystery Sisters is a new series involving two seventy-something sisters who travel the country in a 1950 Studebaker, argue, annoy their relatives, and solve mysteries.

Karen has three children and eight grandchildren. She also loves reading, gardening, and knitting, and can recite the 99 counties of Iowa in alphabetical order.