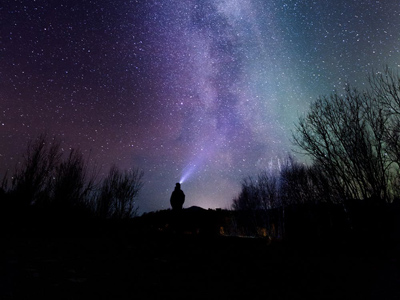 Science fiction typically deals with imaginative and futuristic concepts such as advanced science and technology, space exploration, time travel, parallel universes, and extraterrestrial life. It has been called the “literature of ideas”. Combine those elements with the solving of a mystery and you've got a powerful combination beloved by readers.

Science Fiction mystery thrillers are often set in the future where it is sometimes difficult to distinguish what is real and what isn't.

One of the most famous examples of this genre would be Blade Runner, a film based on Philip K. Dick's novel, Do Androids Dream of Electric Sheep? The film takes place in a dystopian future with heavy themes of existentialism and post-apocalyptic society.

Another example would be 1984 by George Orwell which takes place in a totalitarian society with themes such as government surveillance, propaganda, war, and social class struggles.

Science Fiction Mysteries typically involve a detective or other crime-solver who investigates unexplained crimes with a scientific explanation, such as time travel, cloning, genetic engineering, or extraterrestrial life. The books can range from highbrow potboilers to action-packed thrillers.

Below are some great science fiction mystery thrillers you need to try!

What's the draw of dystopian books? Why would you want to read about a world gone wrong? Well, believe it or not, people discovered the best dystopian books in droves when the pandemic hit. You'd think during such a frightening time people would flock to feel-good books, but sales of titles like cozy mysteries actually went down.  Reading dystopian novels makes people feel better about their own world, because even if things aren't rosy, at least it isn't THAT bad!

In addition, the heroes in the best dystopian novels are usually strong both mentally and physically and make good inspirational characters for our own lives. These are men and women, boys and girls, overcoming what seem like insurmountable odds in an unfair world that has turned on them. Usually, they win in the end—and we get to go with them on their harrowing adventure without having to get our own hands dirty.

So if you're in the mood to feel a little better about your own world, try one of these dystopian novels and find your situation brilliant in comparison!